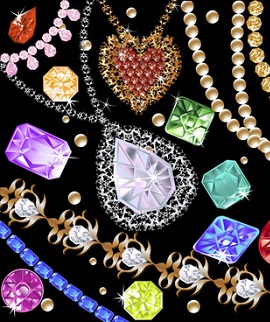 Many believe there are tangible benefits to donning this beautiful coral stone. If you're looking to present an image of strength, to feel more vigorous, or simply more confident, here are 8 reasons red coral is the stone for you.

The red coral gemstone, symbol of the royal god of war, Mars. It's only natural that such a gem would inherently equate confidence and courage.

Sporting a gem such as this is thought by some to literally enhance the confidence of the wearer. It is also associated with increased physical strength and sexual desire.

Astrologers will often recommend an inactive marriage partner to wear red coral as a way to increase their desire for love and their strength in the relationship.

So, if you're looking to give off a Wonder Woman kind of air, red coral is a perfect option.

With all that increased confidence, it's only natural that your ability to overcome obstacles or challenges will be enhanced also.

Wearing red coral is considered a method for the wearer to successfully overcome "enemies" or obstacles. So... got a major board meeting coming up and need to impress the CEO?

Wear red coral. Your presentation may just be more likely to come off successfully...

Among it's many believed positive effects, red coral is said to have healing qualities. Some believe red coral can aid in the healing of everything from bad skin, to weak blood, to cuts or scrapes.

The red coral gemstone is said to help regulate high blood pressure and is believed to be good for the heart.

Many ancient cultures wore red coral beads in an attempt to heal their sick by improving circulation. They are even associated with the curing of sterility or bone maladies.

If that's not enough healing for you, red coral is also considered by astrologers as a positive mental health stone. What this basically means is that astrologers may sometimes recommend those suffering from anxiety or other mental health issues to wear the red coral.

Red coral jewelry was often the jewelry of choice for ancient cultures seeking to become more in tune with intuition and positive mentalities.

After all, if it does, in fact, boost energy and confidence, wearing red coral couldn't hurt your mental state!

Are you one that tends to procrastinate? Do you have a project or goal you just haven't finished?

Put on that red coral! With the high energy qualities of this gem, any hesitation you may be struggling with can be overcome.

Been nervous to give your number to that cute guy at work? Pair the right necklace of red coral beads with your outfit, and feel more motivated to smartly walk yourself over to his desk.

The ancient god Mars is believed to have been more pragmatic than some of his other immortal counterparts. Hence, the red coral can bring with it an ability to logically approach unfinished tasks.

It can help catalyze needed action on the part of the wearer.

Red coral is believed to increase the longevity of marriages and even ward off widowhood from the wife. This belief coincides well with the idea that red coral provides new zest and verve to the wearer.

So, if your marriage or romantic relationship could use a spark of fresh life, try fitting some more red coral pieces into your wardrobe.

If you're on the superstitious side, this believed quality of red coral may be legitimately interesting to you.

Perhaps it is the courage and power associated with the red coral gemstones, but either way, they are said to ward off black magic, bewitching, or other malicious influences Indian astrologers sometimes refer to as "evil eye" or buri Nazar.

Some even say that because red coral is made from a living organism from the ocean, the stone helps promote peace and protect the wearer from more general negative influences.

Next time you have a family get together with nerve-grinding in-laws, perhaps wearing your red coral could ward off some of the gloom.

Are you short-tempered, impatient, or easily offended? Well, if your horoscope shows that you are in an adverse position with Mars, (again, the god associated with red coral), these negative traits may worsen.

Never fear! The wearing of red coral during these times is supposed to help temper such negative feelings and behaviors.

Whether the red coral stones themselves really provide such power or their beautiful hues simply imbue the wearer with a greater sense of zen, either way, wearing these stunning stones can only do a person good.

You read that right. Many astrologists attest that those who wear red coral jewelry are more easily able to get out of debt.

Perhaps it is because red coral is also associated with business or career success, but these jewels are said to be more than good luck when it comes to financial blessings.